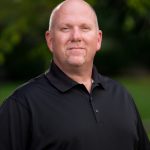 Craig Kennedy began his career in an entirely different world than where he is now, that of manufacturing accounting and production management. Toward the later part of his  tenure in manufacturing, he felt called to become a Chaplain and began working with the BC Fire & Police Departments in 2004. His counseling career began in 2008 at Personal Solutions, Inc. with Durell Tuberville.  After Durell passed, Craig became President of PSI and has carried on the legacy Durell started as a tribute to what an awesome person he was and the impact he had on so many people.

Late last year, Craig was approach by Calvary to start a counseling center there and opened Calvary Counseling Center. With both locations, they can help more people than ever before. Whether it’s addictive issues, personal issues, emotional issues, health, traumatic events or EAP, they have the experience and counselors trained to help.